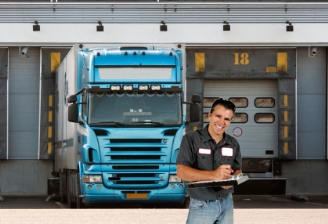 As part of the U.S.Department of Transportation’s (DOT) commitment to safety for workers and the general public, drug testing is required for what the department considers “safety-sensitive” employees. These employees work as part of the teams that provide transportation services in the air, on the roads, across the rails, and in the water – both overland and underground.

Current DOT drug testing practices are a result of the Omnibus Transportation Employee Testing Act, which was Congress passed in 1991. The act required DOT agencies to implement comprehensive drug and alcohol testing for employees who conduct safety-sensitive duties. To comply with the act, the DOT’s Office of Drug and Alcohol Policy and Compliance (ODAPC) established rules on how tests should be conducted as well as testing and reporting procedures.

Who is Subject to DOT Drug Tests?

According to the DOT employee handbook on alcohol and drug testing procedures, the department’s goal is to “employ operators who are 100 percent drug- and alcohol-free.” However, operators aren’t the only DOT employees subject to drug testing requirements. Any position considered safety-sensitive falls under the testing requirements. The DOT looks at job duties, not just job titles, when determining whether a position qualifies as safety-sensitive.

Some safety-sensitive tasks include:

In addition, employees like flight attendants and security guards are also subject to DOT drug testing. Any position that involves tasks that could impact the safety of transportation workers or passengers is included within the regulations.

What Substances Does DOT Test For?

DOT testing is conducted for both alcohol and drugs. The drugs that DOT tests look for include the following:

According to numbers provided by the DOT, marijuana and amphetamines were the most commonly found substances as a result of DOT testing for commercial motor vehicle drivers in 2015. Overall, positive results remain low for commercial drivers. In 2015, just 1.85% of DOT test results were positive; however, that is still more than the DOT would like to see to ensure transportation safety across the country.

What Tests are Used for DOT Testing?

The DOT uses urine collection and testing exclusively for drug testing. Alcohol may be tested for using breath and saliva. All three testing methods used by the DOT are non-intrusive.

When are DOT Tests Conducted?

There are a number of situations when DOT employees may be subject to drug testing.

The most common situations include:

If a supervisor suspects that an employee is under the influence of drugs or alcohol they may request a drug test. Tests will not be granted based on a hunch. The supervisor’s suspicion must be based on observed behavior that is typically associated with the influence of alcohol or drugs. Such behavior may include slurred speech or the scent or appearance of alcohol.

Random drug and alcohol tests may be conducted at any time; however, employers cannot subject an employee to a random drug test simply because they want to. The administration of random testing must be truly random, and each employee must have an equal chance of being selected.

What Conduct is Prohibited by DOT Regulations?

DOT drug and alcohol testing is a federal requirement that helps ensure the safety of thousands of workers and individuals across the country. Understanding the requirements and the process helps both employers and employees remain in compliance and keep each other safe.